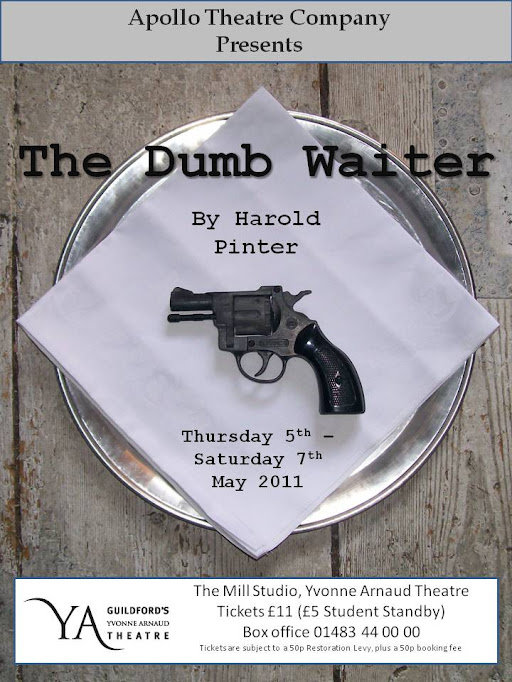 Response to The Dumb Waiter

"Had a marvelous time at the Mill Studio tonight. Very nostalgic, always been a great Pinter fan. You certainly did it justice, well done. Will look out for future Apollo Theatre Company performances. Thanks for a great production!"

"Congratulations to Cast/crew/creatives of The Dumb Waiter really super production, thoroughly enjoyed watching it and seeing more from 'Apollo' in the future!  "

"Congratulations on you first production. I saw The Dumb Waiter last night and was quite bowled over by the excellence of the show and the performance. Given the nature of the play, the modest location and resources of the Mill Theatre were particularly fitting. Well done all concerned and let's have more exciting high-quality theatre like this from you in Guildford!" 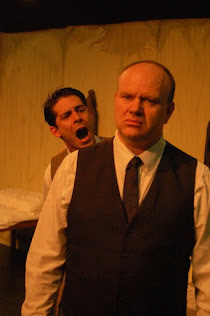 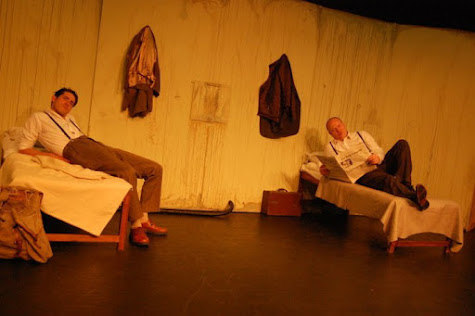 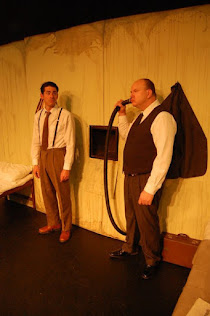 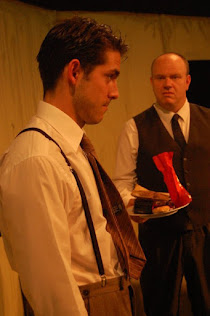 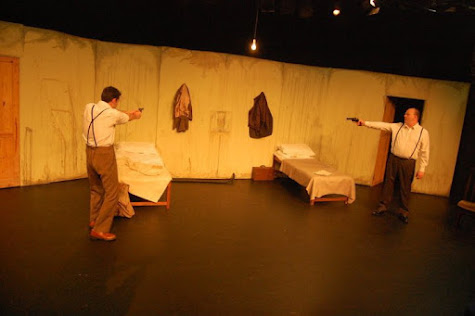