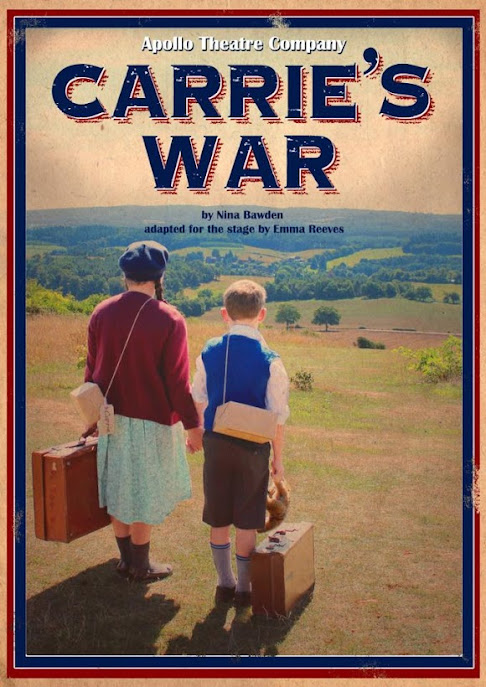 Spring 2014 saw Apollo Theatre Company embark on our biggest tour to date. Carrie's War  opened at the Yvonne Arnaud Theatre in Guildford in May 2014, and then went on to tour to eleven more venues around the country, including the Lichfield Garrick, The Key Theatre in Peterborough and The Haymarket in Basingstoke. Carrie's War  was enjoyed by audiences young and old, and received excellent audience feedback everywhere it went.

Last night I took my 10  year old daughter to see Carrie's War at South Hill Park Bracknell. I want to let you know that she was absolutely spellbound by the  production. She laughed, cried and gasped as the story unfolded; she was  on the edge of her seat at times.

I just wanted to let you know what a fantastic performance you all gave. I have really fond memories of both the book and the 1974 BBC adaptation, and seeing it performed on stage by you in such a clever and entertaining way was wonderful

It was a great experience, we were quite amazed at the quality of acting, & particularly appreciated the acapella singing by the group of five, in Welsh too! The staging & design were brilliant too. Full marks all round - thank you for a lovely evening out.

I was totally immersed in the play and the acting quality was superb. Even the stage transformations were executed with discretion and precision. 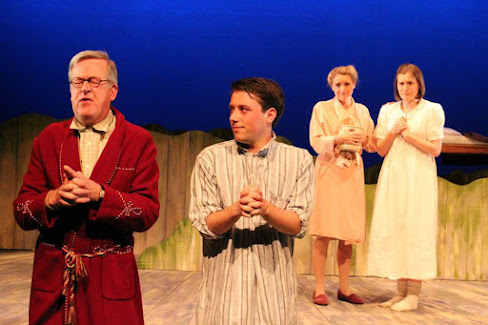 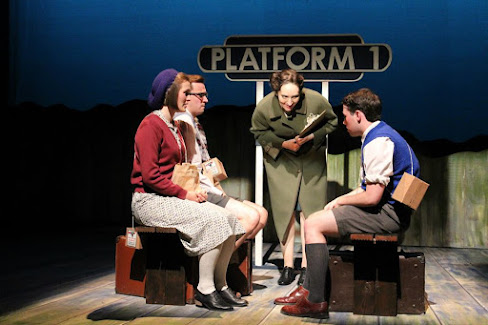 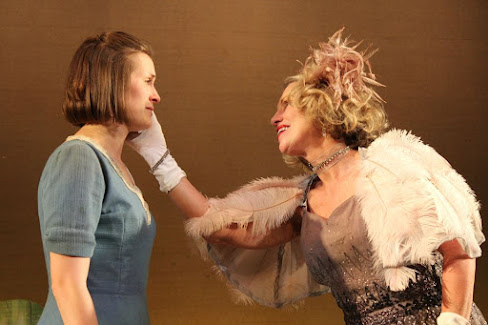 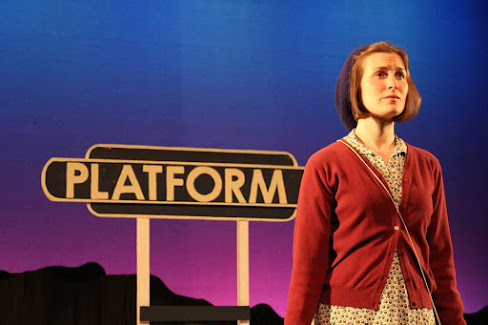 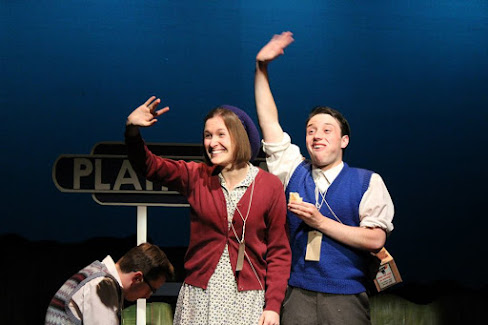 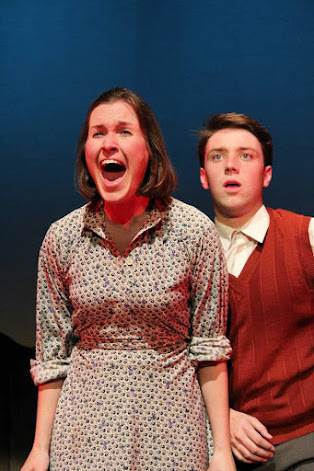 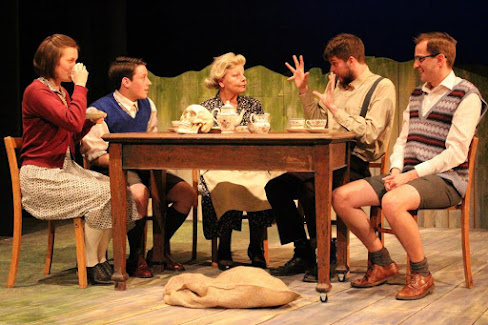 I took my young great niece to this admirably directed play which tells a gripping story in a sequence of short dramatic scenes of Carrie and her brother as evacuees to Wales and their experience there for the duration of the war.

It could not have been for her a more successful and satisfactory introduction to the theatre; it turned out to be a more serious evening than the annual pantomime. Historically engrossing and gripping in its narration the evening was dramatic in a fashion that no child, nor indeed adult, could fail to appreciate.

Carrie herself was beautifully portrayed and the ten other characters who challenged her in their various ways entirely convinced us. Scenes were changed often by a small solemn Welsh choir chapel-fashion reminding us of the national setting; the “back-drop” with its changing colour served to makes Wales seem far removed from the War. Yet the magic and mystery of the village and the little valley to which the two children had been taken were vivid in the strange tales told by locals and the disturbing breathing of some nearby threatening monster.

The sweetness of the last scene with love returned and justice served made my companion particularly happy and the audience too. The world which the evacuees met was kin to what Pip endured with Pumblechook in Dickens’ great novel. It was, nevertheless, the victory of affection over prejudice which made this production, charmingly directed, very enjoyable for all ages.

If you can catch it locally, take the whole family as directed. There will be no disappointments, I promise you.

The newly adapted stage production of Carrie’s War is a poignant and nostalgic memento of WW2 and really captures the spirit of the era.

During World War II over 3.5 million children were evacuated to the country to escape London bombing. With brown labels secured around the neck (to identify bodies in case of bombs) children as young as 4 would have been packed onto steam trains and waved goodbye by their families at the station. Owing to heavy London bombing, for many, this was their final parting. It’s hard to imagine that some of the evacuees hadn’t visited the countryside and didn’t even know what a cow looked like!

The award winning writer, Nina Bawden (who was also an evacuee) died last year after writing 55 books for children and adults.  Bawden’s genius for writing included her ability to unravel twists and turns in story lines and captivate the reader with hidden characterisation and family intrigue.  I first read Carrie’s War when I was 10.  35 years later, I realised that the narrative was just as vivid and enthralling as my childhood memories.

Carry Willow (Amy Hamlen) and her brother Nick Willow (Andy Owens) are billeted to a small country village in Wales.  They stay with the penny-pinching and mean-spirited Mr Evans and soft-hearted Aunty Lou. Thrust into country-living they soon learn the country ways of local Druid folklore and harvesting. Hepzibah Green (Mrs Gotobed’s housekeeper), handy with her skill for making perfect apple pie and known for being a white witch, creates an air of mystery with her tales of “the curse of the skill”.

Amy Hamlen gave a truly brilliant performance as the leading lady Carrie. For this role she displayed a lively spirit, teenage petulance and maintained the expectation of the time to transform into a surrogate mother to her wayward younger brother Nick (Andy Owens) - who was homesick and couldn’t stop eating. She managed to leave the audience totally spell-bound.

One of my favourite characters was the eccentric owner of Druid’s Bottom, Mrs Gotobed (Hilary Harwood). who built an empire on slavery and sugar (with her totally unsuitable late husband).  She knew that she was dying and wafted in and out, swathed in silk and ostrich feathers and enchanting the audience with tales from her former life.

The play works so well because it has been beautifully adapted for the stage. There’s pin-drop silence as an old-fashioned radio recalls historical events from the war bathed in the light of a pink-tinged backdrop.  I also liked the bursts of music from the era which really set the scene well. The troop of Welsh singers added vibrancy and brought tears to my eyes.  All in all, a brilliant and soul-moving production!